Enjoy your favourite sport by doing figures on the ramps of the skate park provided...

BMX — which stands for Bicycle Motocross — is one of the many sports avaialble to cyclists. However, it is an extreme activity that is both very physical and spectacular. Athletes are often called pilots, bicyclers, riders or bmxers. You need a specific equipment to practice this sport: a helmet, gloves and protections. Falling is indeed an integral part of the discipline so it is important that you protect yourself properly to limit injuries.

Initially, this discipline was created by children who wanted to practice motocross, but who, for lack of means, could not afford the equipment. This practice became more and more popular, hence the creation of the BMX. Although this sport is still very young, it was integrated in the International Cycling Union in January 1993 and became an Olympic discipline for the first time at the 2008 Beijing Games. 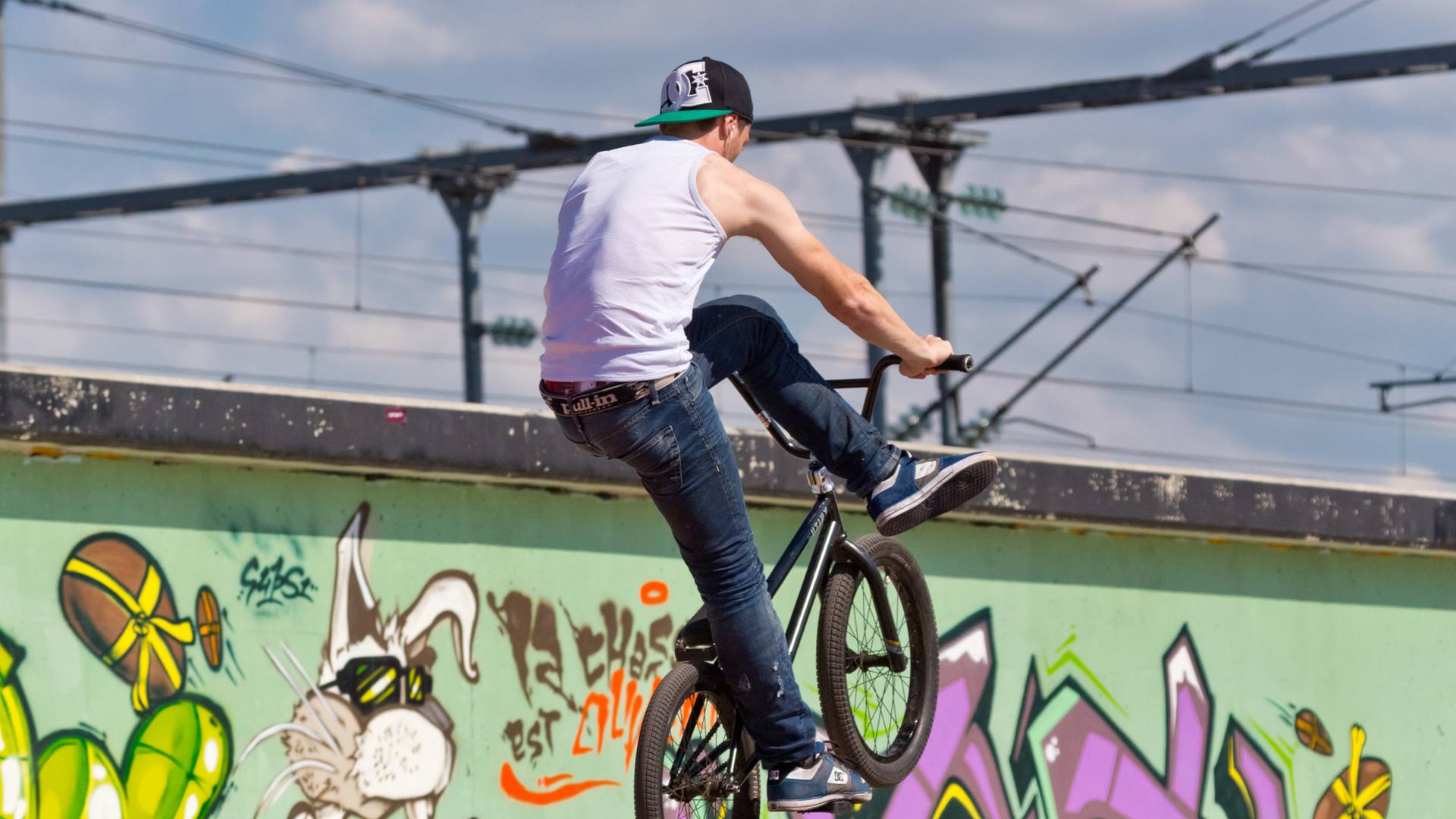 The skate park is an asset, but also a proof that the Conurbation Committee of Epinal makes every effort to offer a wide range of facilities for all types of sports activities. The BMX, a real action sport, allows you to participate in competitions at a low cost, close to home. The particularity of the BMX is that it is practised on a track of 340 to 400 meters, studded with cradles that can be jumped or rolled over by turning the bike on its rear wheel. It really is a spectacular acrobatic show. The riders need to control their two-wheeled steed, have power, explosiveness and stamina. There is no room for fear of falling or collision.

In order to meet the expectations of thrill seekers, the town of Épinal has a skate park to practice this discipline. On the outskirts of the city centre, it was built of concrete and has a surface of 1,400 m². It is composed of different elements that allow you to practice your discipline in peace. There are flat and curved ramps but also a "street" part with rails, steps, wheeling tables as well as flatter parts. 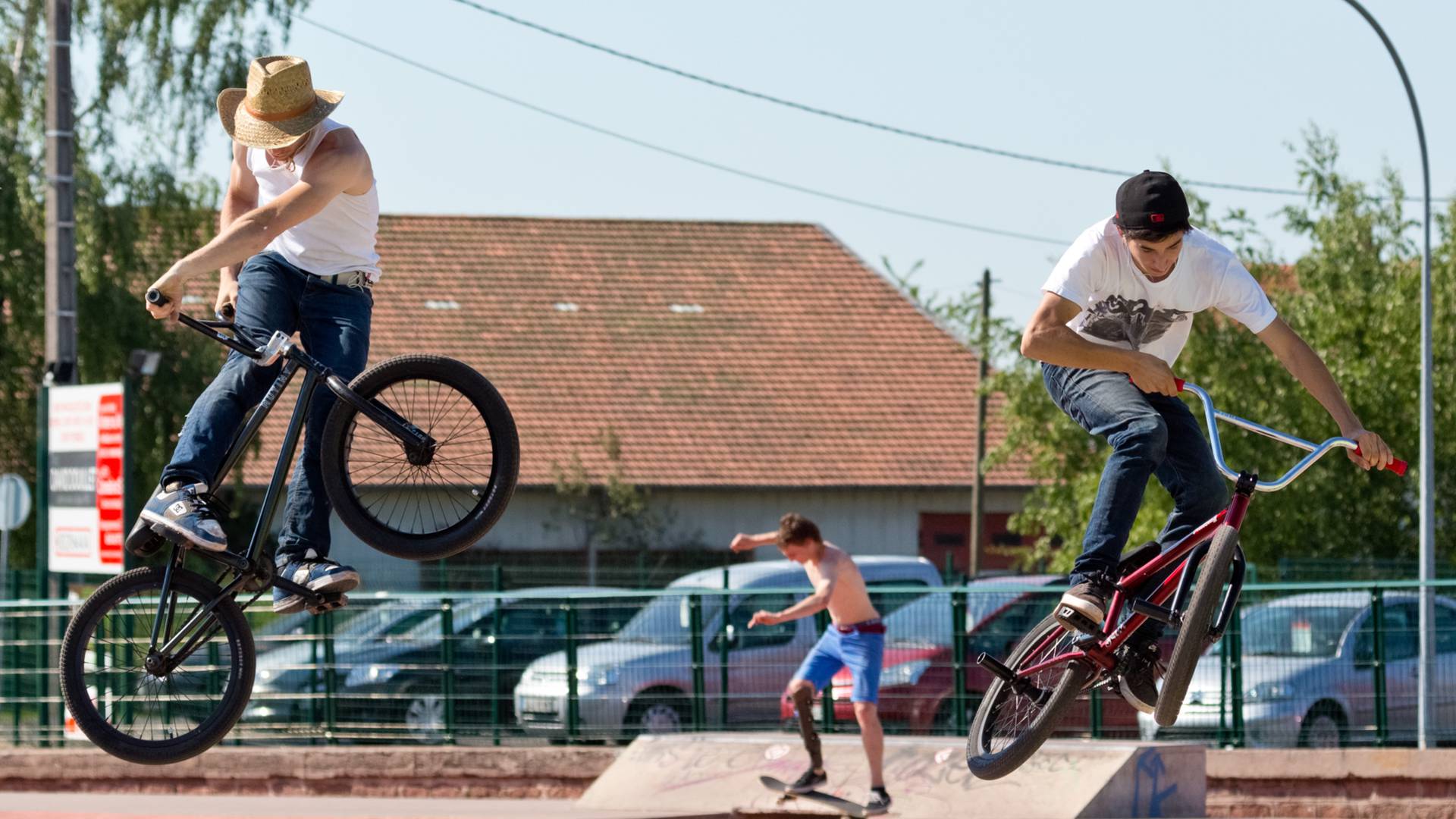 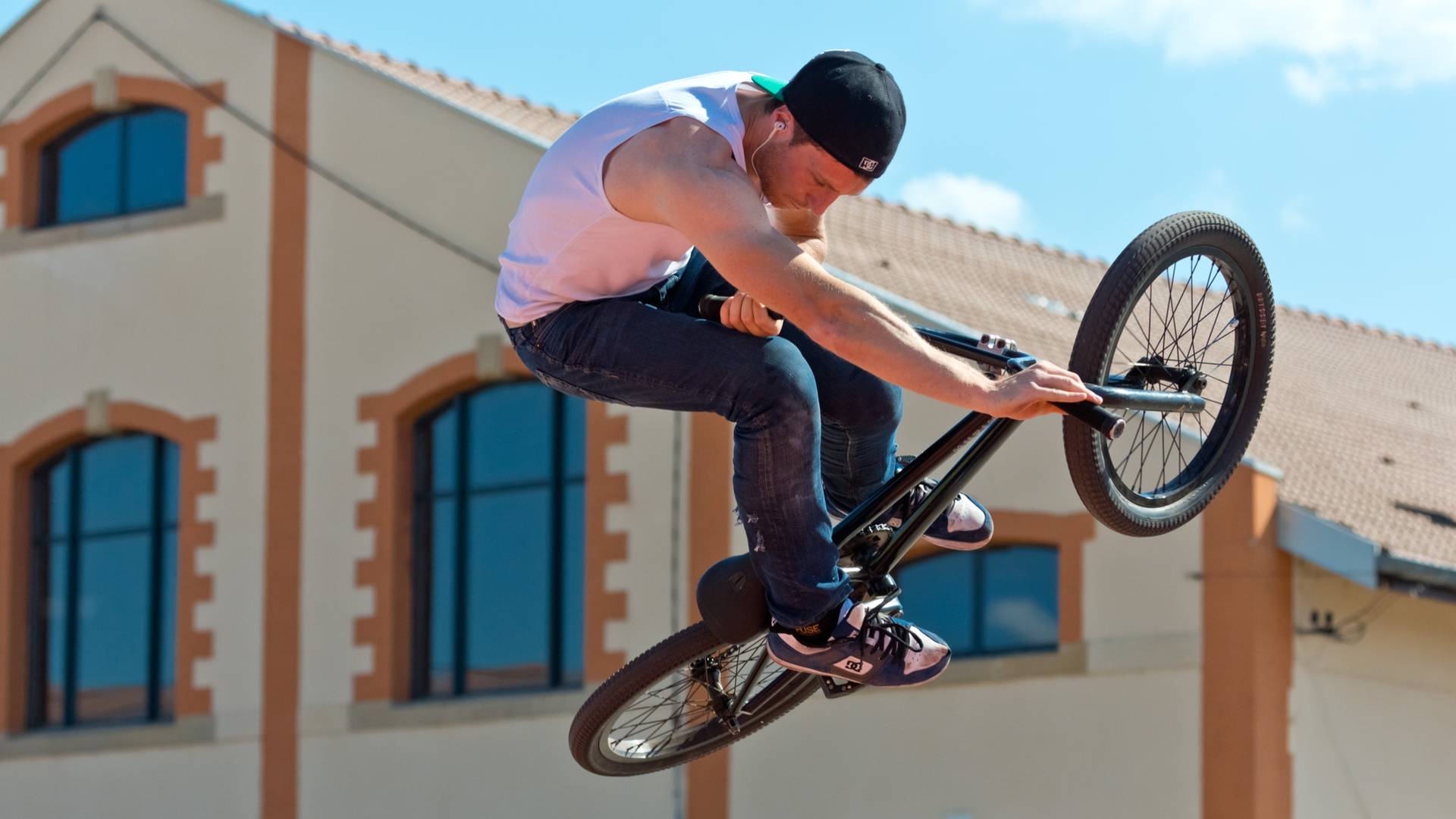