Discover the wall projections during the festival – Fête des Images in the streets of Épinal.

Come and discover the free sound and light show which is transmitted on a Friday and Saturday evening in June at around 11 p.m. This show beams video projection mappings on the architectural façades of the Place des Vosges, in the heart of Épinal. The photographs and short videos come from artists who participated in the exhibitions along the walk - Chemin des Images. Others are from the winners of the video mapping contest, chosen by a Jury.

Every year, the Sound & Light show revolves around a new theme and it is up to the candidates to adapt to meet the expectations of Damien Fontaine, who decides whether to screen them or not.

The projections are divided into 3 different categories, each lasting about twenty minutes. They are punctuated with riddles coming from the traditional popular prints. Then, there are visual performances that are either narrative or poetic. They are also broadcasted on the façades of the buildings in the Place des Vosges.

First of all, what is video projection mapping ? It is a projection technique, most often used on the façades of public buildings. It creates luminous frescoes, which then give rise to visual performances that in turn can be narrative or poetic. Often, video mapping is used in night shows which enhance the architecture of towns and cities while creating a festive and spectacular event for the public to raise awareness of digital creations.

The Video Projection Mapping Contests takes place during the festival – Fête des Images. It is opened to everyone whether they are a student or a professional. They aim is to create a sound video on a specific theme which lasts 1 to 3 minutes. It should be designed to be in harmony with the architecture of the Place des Vosges in Épinal. This contest is organized in partnership with the festival – Fête des Lumière in the city of Lyon. The winner in Épinal will see their program presented at the event in Lyon. 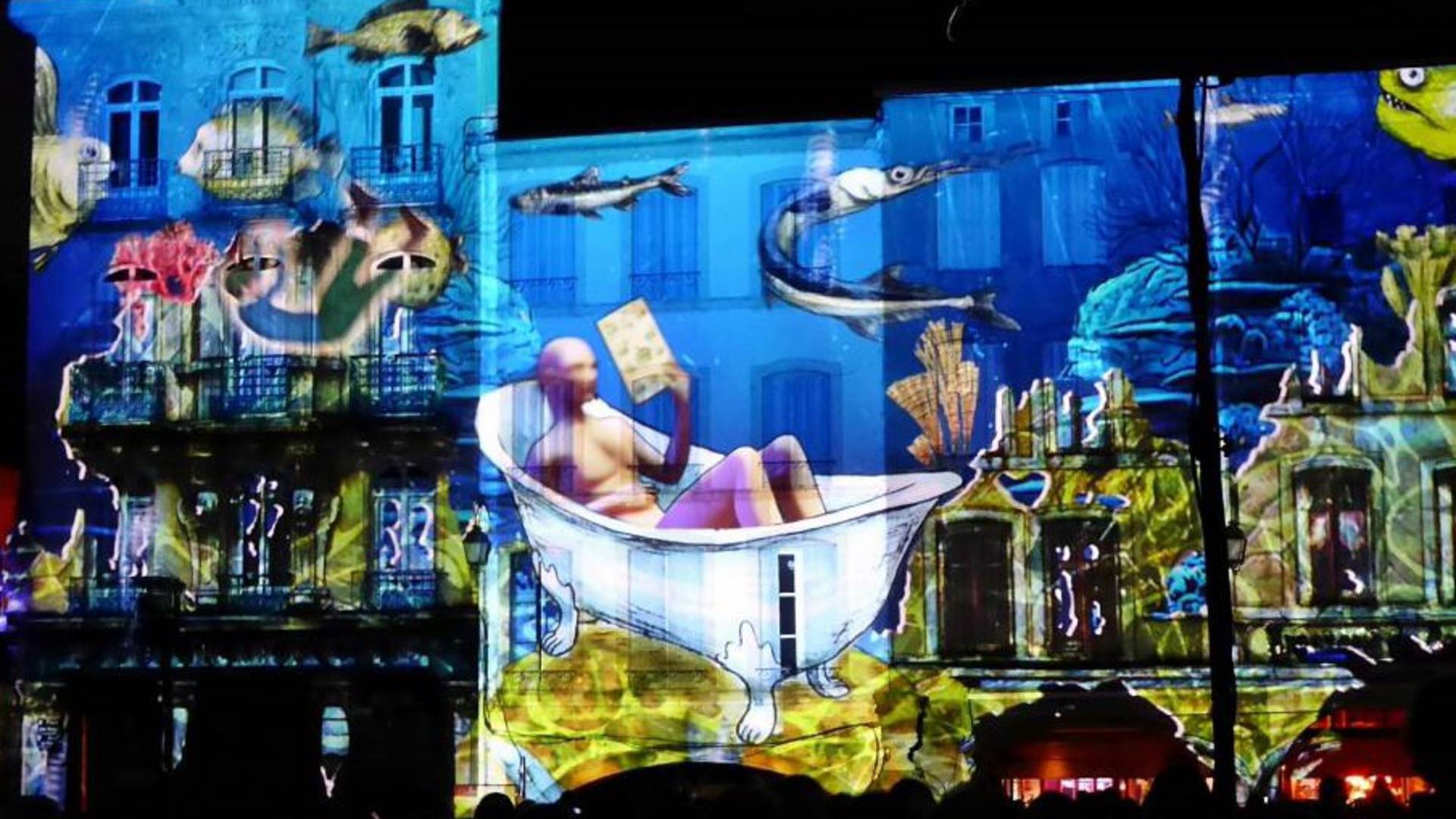