Home / Discover / Culture & Heritage / Épinal, the Cité des Images complex / The Printing Workshop – Imagerie d'Épinal / History of the printing workshop - Imagerie d’Épinal / 220 years with the popular prints made in Épinal
-A +A

220 years with the popular prints made in Épinal

As you walk through the rooms of the printing workshop - Imagerie d’Épinal, you will have the chance to see machines that were once at the forefront of technology. Little by little, advances in machinery allowed an evolution that therefore improved harsh working conditions and made the company more profitable.

Being the last one in France and Europe, the printing workshop - Imagerie d’Épinal, through its collections, is a fantastic witness of history. France previously had dozens of printing workshops, each of which had their special features.

The printing workshop was able to establish itself and prevail thanks to its unchanging capacity to modernise its production by using the latest techniques and technologies of its time. The competition was tough and they had to learn how to stand out and innovate in order to keep growing.

This tradition led the company to maintain a steady activity while remaining relevant, even after it experienced uncertainties due to its economic situation. The printing workshop has always remained a private company.

In the 18th Century

In 1796, prints were engraved on a wooden board. A hand press, called Gutenberg, was used for the process. The colourist then applied the different colours to the stencil, using round brushes. With the appearance of lithography, in 1850, artists had more possibilities at their disposal to express their talent. This was the start of the frivolous prints.

In the 19th Century

In 1880 the first advertising flyers were born at the printing workshop. The company collaborated with Glucq, the famous Parisian publisher, for commercial, political and industrial advertising.

Nearly 15 million prints were sold by the workshop between 1870 and 1914. Some were even in English. Among the illustrators were Caran d'Ache, Rabier, Job, Galco and O'Galop, who was the famous illustrator for Bibendum de Michelin. 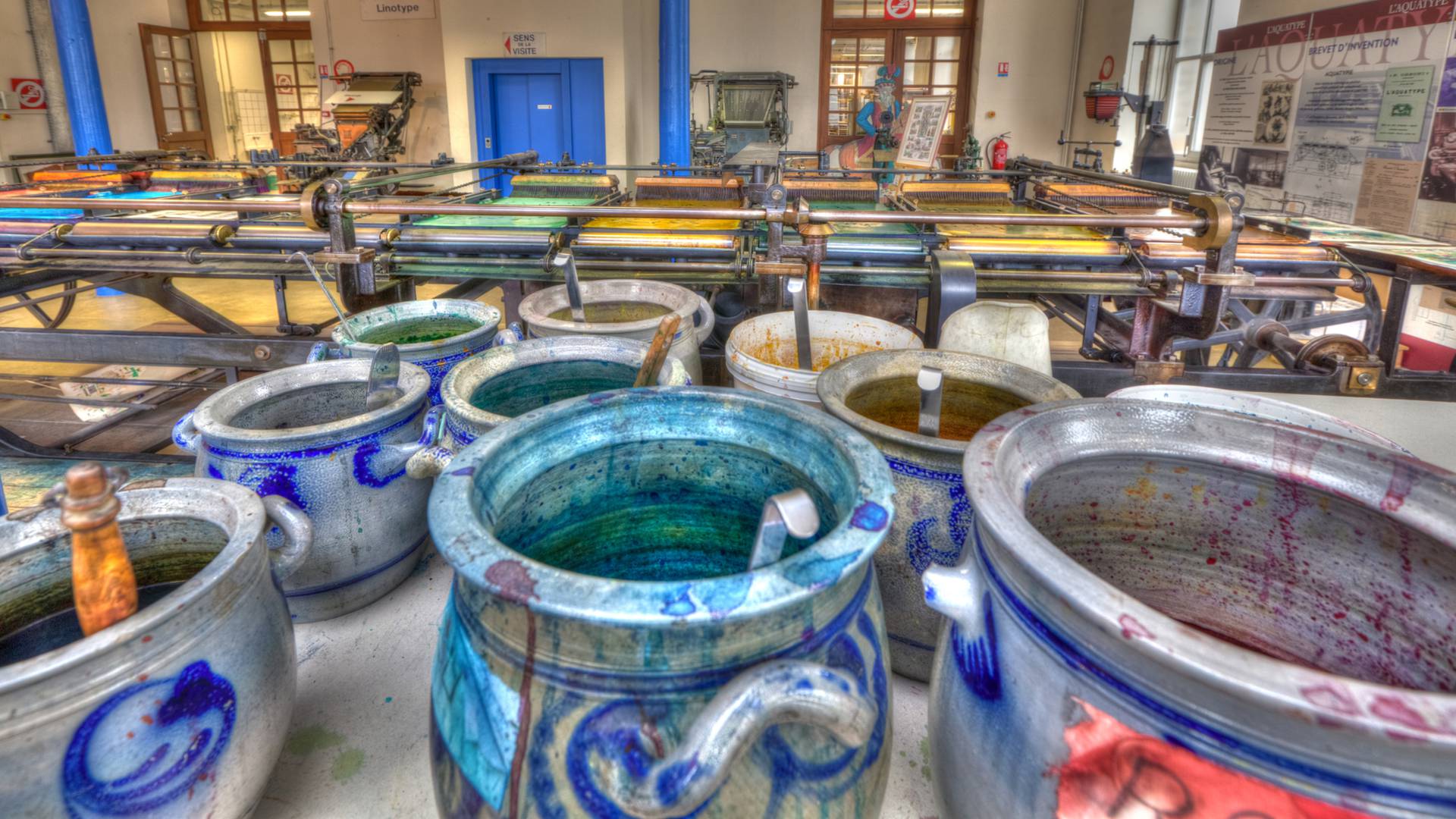 In the 20th Century

In 1918, sales started falling because of the invention of the media. The population became educated and was reading more and more. The heirs of Jean-Charles Pellerin tried to preserve the techniques and skills despite sales constantly decreasing. Tardi and Fred worked with them but despite all their efforts, they were forced to file for bankruptcy in 1984.

In the early 80's, in 1984 to be precise, five young business leaders from the Vosges formed a company to save and develop the heritage which the printing workshop - Imagerie embodied. They kept the traditional skills and adapted the production of the prints to modern printing techniques. An eco-museum was created. It welcomed more than 200,000 visitors on site every year.

In the 21th Century

The company took another turn in 2014 when two buyers decided to create new elements to boost the printing workshop - Imagerie. The more recent creations are the illustrations.