At first, in the 15th century, the funfair consisted in festivities where bear tamers, tooth pullers and street hawkers practiced on the forecourt of the parish church of Saint Maurice to surprise, amuse and entertain the general public.

Over the years, the fair changed and then took place at the Promenades (now Jardins du Cours). In 1889 the Champ de Mars, then used as a field for military manœuvres, became the centre of the Saint Maurice funfair as we know it today.

In 1919, at the end of the First World War, the fair of Épinal had more than 103 professions. The local registers confirm the presence of 115 stallholders in 1926, making it the biggest fair of the region. Thrill lovers were not left out: they had the “Death Whirlwind” (1914) and “The Haunted Castle” (1923)! 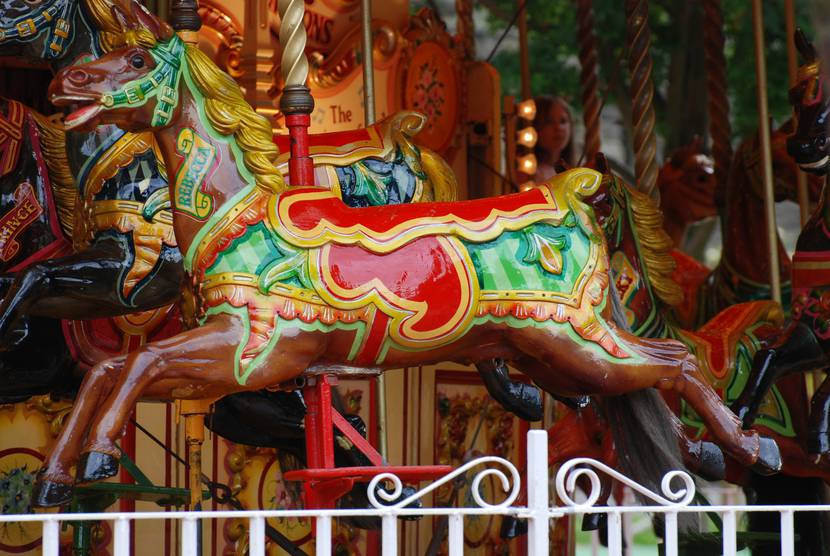 The residents of Épinal were waiting fervently all year to come and watch the shacks get built. For three weeks, the Champ de Mars was turning into an actual village, in which dreams, laughs and enjoyment were ruling. There was something for everyone: cars, carousels with wooden horses, amusement rides, lottery … but also “roudoux”, toffee apples and other delicacies that delighted the food lovers.

A key moment that everyone was waiting for during the fair was the traditional ball taking place every year. This tradition persisted until the 1980’s – except for the 1939-1944 period. This is now the perfect occasion for the residents to encourage meeting new people and try the walk, waltz, tango and other famous dances from each time period.