"When I say funfair, you say taste party!"

Follow the mouthwatering, exhilarating scents coming from the confectioners, pastry chefs and restaurant owners… It will be hard to resist the toffee-apples, candy floss and other sweets. The Saint Maurice fair is also the gourmands’ favourite moment!

Several food places are open so that you can enjoy this moment at the fair a little longer. Whether you need to eat on the go or you wish to take your time, there is a large choice at your disposal.

The Poulet Rôti is the unmissable place of the fair at Épinal. Every year, it welcomes a large number of clients in a friendly, family environment. From the suckling pig to the roast chicken or the knuckle of ham cooked on stick over a wood fire … These are the stars of your meal. Waiting for a seat in the restaurant, in front of the roasting spit has almost become a pleasure!

The Saloon, ideally placed in the centre of the fair under an unusual big top, offers you a large choice of menus and will also entertain you in a festive atmosphere.

If you feel peckish or you are in a hurry, many fastfood places can be found in the alleys of the funfair.

No need to try and resist the delicious scents of sugar, waffles and caramels coming from all the stalls. Rest assured, loving food is not a sin during the Saint Maurice funfair!

Nougat, candy floss, roasted peanuts, toffee-apples, multicoloured lollipops and boiled sweets … There is always something for everyone’s taste. More than a dozen of stalls will make you salivate.

Will you manage to resist the "Bebert nougats" or the "Mignon confectionery"? Odds on that! 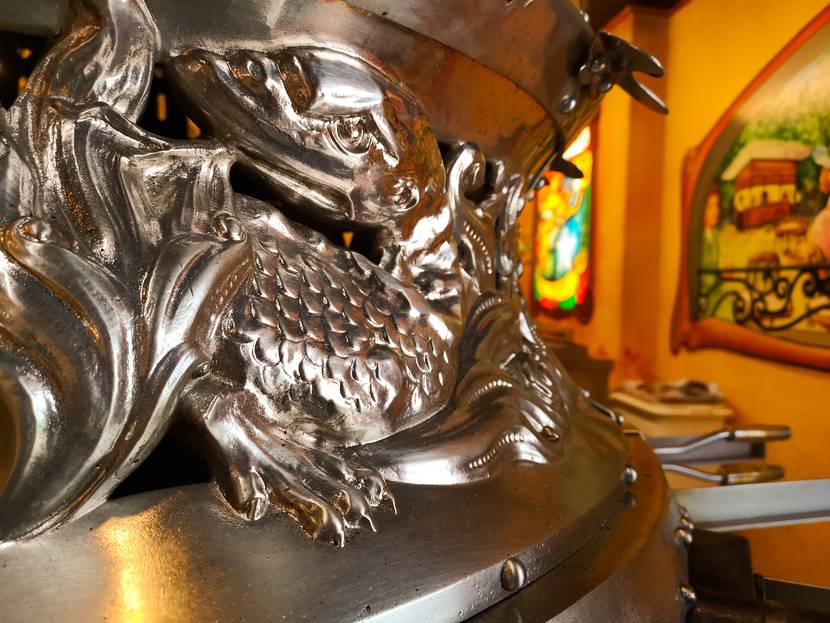 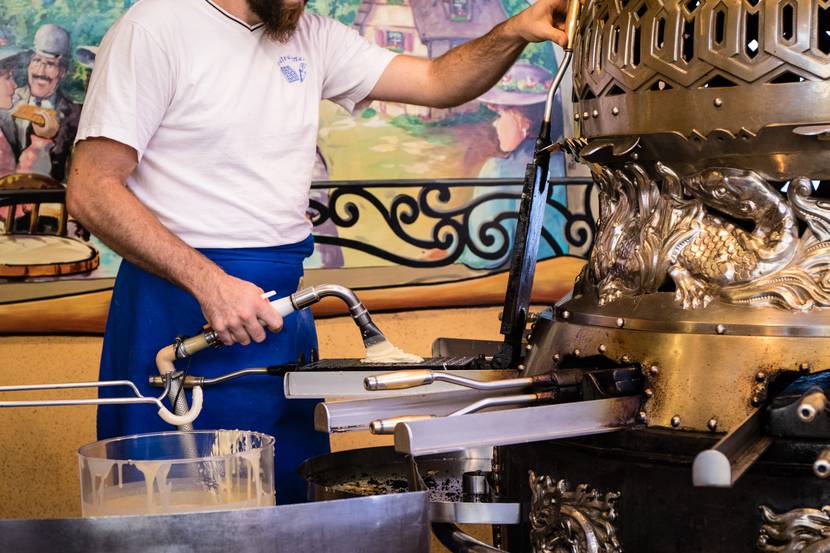 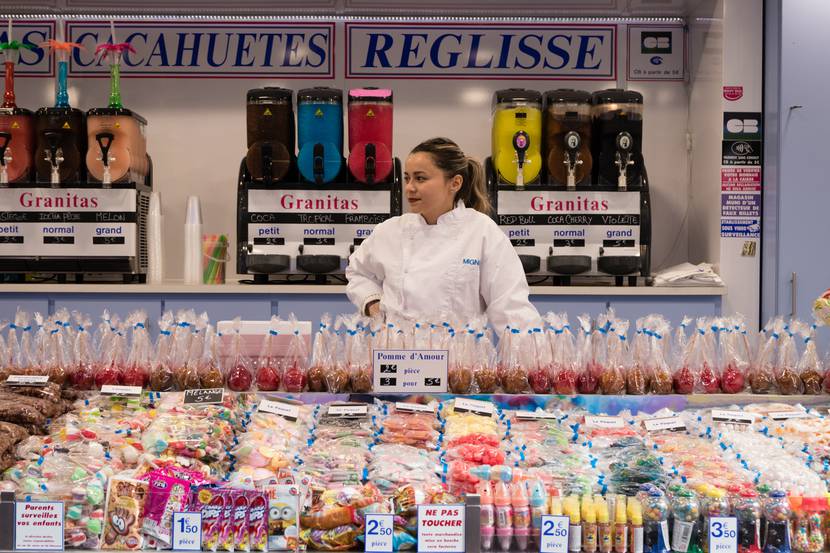 A little something sweet

Some sweet things, on their own, justify a trip to the Saint Maurice funfair. The growing queues in front of some stalls are the result of such a gourmand success. It is hard, impossible even, to find these sweets somewhere else: they are the culinary tradition of each year’s fair!

The "Oubliés" (the forgotten ones) are a perfect example. This delicate waffle is rolled and prepared with flour, water, milk, eggs and sugar… There is no need to ask for the exact recipe since it is kept secret. Is it baked by an "oublieur" (forgetter) in a baking tin composed of two irons, and then rolled into a hollow tube.

Its origins are rooted in the Middle Ages, when the oubliés quickly became a popular patisserie and were sold by gambling, according to the tradition. When the "forgetter" played the dice and won, he was paid with money. If he lost, he had to give the oubliés for free. If all the oubliés had been given away, he then had to sing and dance with his feet in the water…

Plain or with chocolate, don’t forget to taste these delicious patisseries.

The star-waffle of the Maison Meire is also the star of the Saint Maurice fair. It has been loved by young and old alike for more than 50 years! The rotary oven, awarded during the Brussels World Fair in 1910, still has its spot in the caravan. This is proof that the Maison Meire is attached to its origins and traditions. The food lovers often find pleasure in waiting while watching the famous waffle being baked in front of them.