The tradition of Saint Nicolas in Épinal

The festival of Saint Nicolas in Épinal includes a procession which has 60 floats and brass bands and winds through a 3-kilometre parade route.

The Saint Nicolas celebration in Épinal makes cheeks turn red by the cold and invites families and friends to come from all over France to try and warm themselves up with mulled wine and gingerbread. During this festive weekend, the town of Épinal is illuminated by the most beautiful light decorations and a magical atmosphere is created in the Village of Saint Nicolas in the town centre. It is composed of pretty wooden chalets selling sweets and homemade treats.

A somewhat gigantic and impressive fir tree from a nearby forest is installed in the square Place des Vosges from the end of November to the New Year. It is lit at the start of the Saint Nicholas’ weekend, which symbolically marks the opening of a month of festivities and animations.

For the Saint Nicolas parade in Épinal, more than 60 floats and brass bands make up a procession that winds through a 3-kilometre parade route. As the brass bands are playing, the floats invade the town for a large popular procession illuminated and adorned with a thousand colours. Saint Nicolas closes the show, applauded by the crowd and the marvelled children, followed by Father Fouettard ringing his bell while being booed by the crowds.

The floats are imagined, designed and built by local associations or villages which surprise the public every year by their inventiveness, creativity and artistic sense. Spaceships, gigantic monsters, forests of the Vosges, gingerbread houses, cartoon stars, ancient legends: the enchanted universes are all represented and for one evening, they invite the public to be childish again.

Once the parade is finished, Saint Nicolas heads to the Moselle River. He goes to the bridge - Pont Sadi Carnot and delivers a compassionate speech before returning to heaven to distribute his gifts to every home. A magnificent firework display follows his departure. This pyrotechnic show lasts about 30 minutes. In 2018, the parade is taking place on the 8th of December in Épinal. The annual procession leaves the square Place des Vieux Moulins, continues, finishes on the Pont Sadi Carnot bridge, and is followed by its famous firework display.

This unmissable and magical festival helps to make of the Cité des Images a theatre for a unique and spirited spectacle. Parents and children will remember it and keep wonderful memories of this event, which helps preserving the tradition of Saint Nicholas. 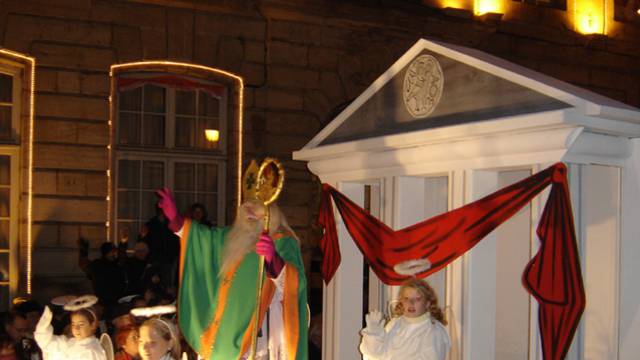 Regarded in Lorraine as our patron saint, Nicolas de Myre resurrected children who would had been cut into pieces by a butcher.

The legend of Saint Nicolas

The legend of Saint Nicholas continues in Épinal and its surrounding area thanks to his visits to schools and appearances during rural shows... 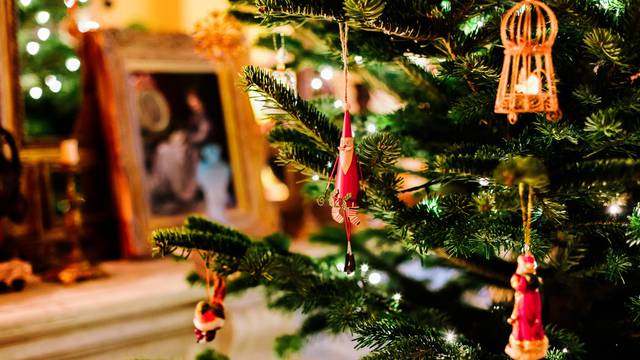 The popular prints of Saint Nicolas

The printing workshop – Imagerie has combined its expertise with artists, to create prints about Saint Nicolas and the somewhat original Father Fouett 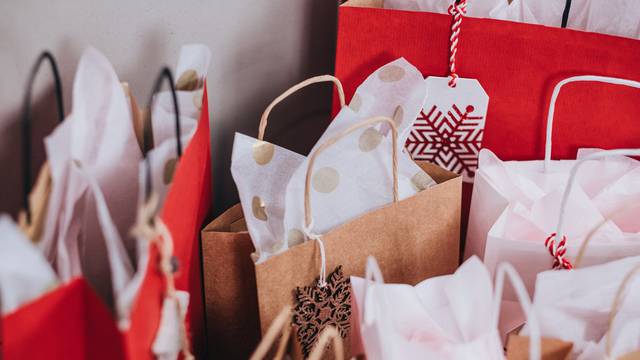 On the morning of 6th December children discover gifts and treats in their homes after a night visit from Saint Nicolas.