Home / Discover / Culture & Heritage / Saint Nicolas in Épinal
-A +A

This traditional festival in Lorraine invites young and old to participate in a magical and unforgettable parade in the heart of the town.

Do you know about Saint Nicolas, the popular festival dedicated to children, emblematic of the Grand-Est Region and Lorraine in particular? Every year, young and old meet for a night-time parade in the streets of the town, where Saint Nicholas passes on his decorated float, followed by Father Fouettard, who reprimands children with his whip. The children from the surrounding towns and villages are invited to take part in this great festival: they can go on the decorated floats and wear costumes that represent a specific universe. As heroes from cartoons or ancient legends, they find themselves at the heart of the parade and enjoy being acclaimed by the public.

The legend and its tradition

On Saturday, on the first weekend of December, Saint Nicolas passes and hands out treats to good children: sweets, chocolates, dried fruits and ginger bread with his picture on it. Father Fouettard, who reminds everyone of the "Butcher" of the legend with his big black beard, coarse woollen clothes and boots, punishes the children who were bold and threatens to give them a whipping with his whip made of broom and furze branches!

In the heart of every person from the Vosges, there is the memory of the festival of Saint Nicholas in Épinal... Cheeks turning red by the cold, families and friends trying to warm themselves up with gingerbread and mulled wine. The illuminated town centre, the wooden huts with sweets and crafts sellers in the Village of Saint Nicolas, the big fir tree in the square Place des Vosges, with its ice rink where the children skate before the big parade... At this time of year, everything is put together to make of the City of Images a major festivity that you cannot forget.

The feast of Saint Nicholas, which is celebrated in Lorraine, is also renowned in several European countries. Although the traditions vary from one country to another, Saint Nicolas always comes with gifts for children, who sometimes confuse him with Santa Claus. Originally, the good children left food at the front door for the donkey carrying Saint Nicholas. The next day, they would find treats instead of their offerings and the most disobedient would find a “gift” —  a rod — from Father Fouettard.

An animated month of December

In Épinal, throughout the month of December, the Village of Saint Nicolas invites walkers to a gourmet visit with delicious smells coming from the chalets. Along the Moselle River and in all the squares, art crafts stalls stand alongside mulled wine and gingerbread ones. Everyone can buy anything for the holiday season and enjoy a hot brioche or a dozen oysters served on ice. In the heart of the Village of Saint Nicolas, animated by musical and street theatre activities, an ice rink welcomes children under the foliage of a gigantic fir tree which comes from a nearby forest. 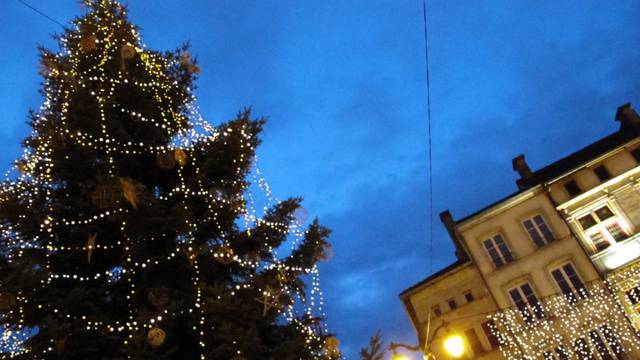 The tradition of Saint Nicolas in Épinal

The festival of Saint Nicolas in Épinal includes a procession which has 60 floats and brass bands and winds through a 3-kilometre parade route. 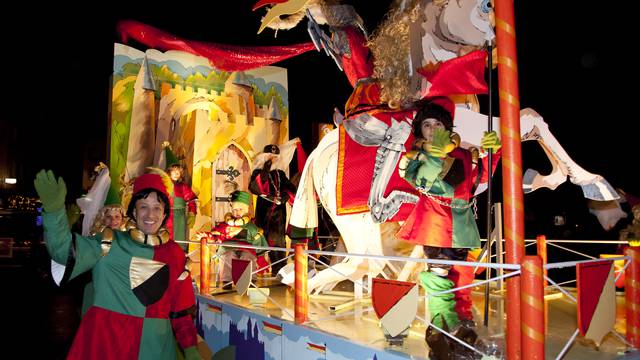 The Saint Nicolas Parade in Épinal

The Saint Nicholas parade in Épinal is a musical and visual show with floats that wind through a 3-kilometre route. 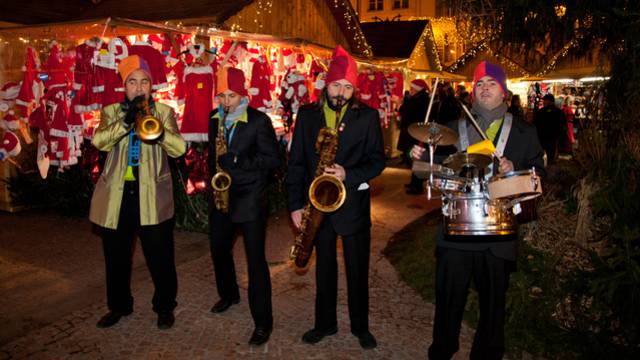 The Village of Saint Nicholas in Épinal

Browse the stands and enjoy Christmas creations to warm your heart... 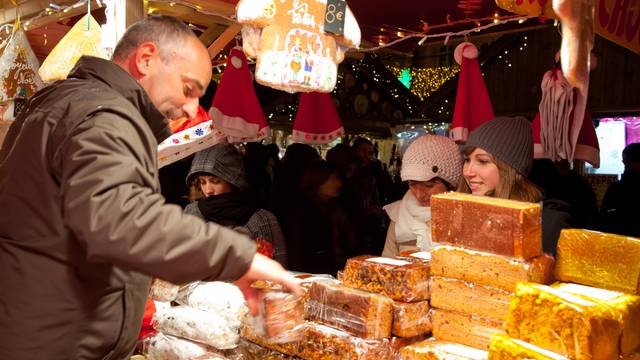 The delicacies of St. Nicholas in Épinal

Children will enjoy a brioche with a hot chocolate while older ones will prefer to warm themselves up around mulled wine.