Label awarded for craftsmanship and traditional techniques of excellence.

A company can be labelled "Entreprise du Patrimoine Vivant", if it meets several criteria which are characterized by: the implementation of its expertise and French craftsmanship, as well as its traditional techniques of excellence.

A company may also have this label if it meets one of the following three criteria :

The printing workshop –Imagerie d’Épinal respects these three criteria. Since its creation in 1796 and up to today, the company has become the most famous printing workshop in the world despite it having experienced many economic difficulties which it overcame. It is the only one still in activity today. Thanks to the techniques and skills of its employees, it has always distinguished itself from others and this is why it has been awarded the label – “Entreprise du Patrimoine Vivant”.

The printing workshop – Imagerie also complies with the third criteria because it was established and still is in a building listed as a Place of Historic Interest.

The label - " Entreprise du Patrimoine Vivant " certifies the quality and durability of the goods that are produced by the company. These products are guaranteed 100% French and have been validated by the French State.

The techniques in the workshop

Discover the techniques that have been used to create these different works of art over the years... 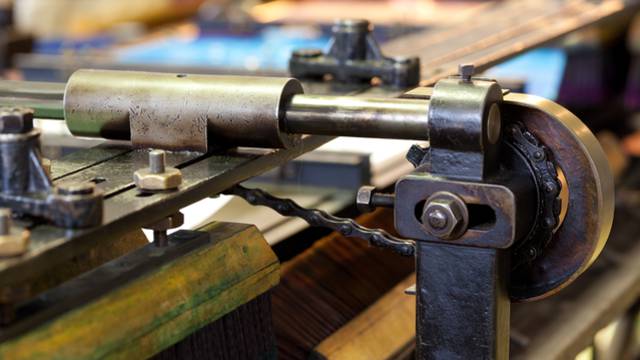 The machines in the workshop

Discover the different machines that have served for printing and producing prints, some of which are still being used today.